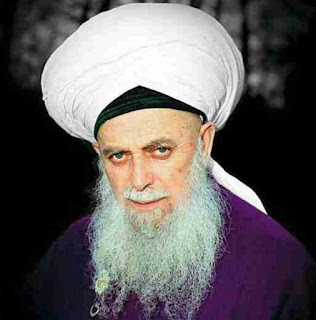 In the Name of Allah Most Merciful Most Beneficent
Peace and blessings of Allah be upon Prophet Muhammad, his holy family and companions.

Mawlana Shaykh Nazim (Q.S) was asked, how can people prepare for the difficulties of the coming days?
He said: “Neither money, nor property will save people in these days. Only good deeds, charity, and true belief can save them".

It happens according to Allahs Will. But this is the news from our Prophet (peace be upon him). He has informed us that what it means by "Banu Asfar" is the Russians. Ibn Arabi Hazret (R.A) said: "Russia will enter Istanbul". Our Grand Shaykh Hazret (Shaykh Abdullah Faiz Dagestani Q.S) said: "They will stay there three months" They will go down to the valley of Amuq (Syria), the Amuq valley. The battle there is well-known.

It is mentioned in the Books. Therefore ,the Russians, they will come, under 80 banners. 80 Flags mean 80 divisions, meaning one million soldiers will come. Another one million will come from the other side. The big battle will take place there. The Muslim army will be in three parts. They will come from Sham (Syria) and meet them. It is said, a force from Sham will come, to the Amuq valley, that they will meet the Banu Asfar (The Russians) in the Amuq valley. This is the 'Malhamatul Kubra', Armageddon.

'Al Malhamathul Kubra' (Armageddon) and the conquest of Constantinople (Istanbul) will be after six months and seventh Antichrist (Dajjal) appears' (Hadith) This is hadith sharif. The Russians will come under 80 flags. Under every flag, there are 12,000 men, It is said: "Under every flag…meaning each one of them is a division. From the other side comes Muslim army, the forces from Sham. They also come under 80 flags. Mahdi (A.S)'s hand is in it but he has not appeared yet. But it is 'Mahdi' (A.S) who manage it with his spiritual power. And, the Muslim army becomes three parts in front of the Banu Asfar (The Russians). The first party can't stand and they run away. Another part, all are martyred. They are 'Afdal as-Shuhada' best martyrs. The third part are the ones that they take the revenge. Allah's divine help reaches to them and they defeat the Russians. They drive the "Banu Asfar" (The Russians) all the way to Istanbul. They don't leave any of them alive in Istanbul. They destroy all the corrupted sects. The Muslim army enters Istanbul again, it is the Sultan, Sultan will wait for Mahdi (A.S) to say Takbir (Glorification of Allah Almighty) and reach Istanbul, to receive from him the Holy Relics. It will be in this order (procedure). May Allah forgive us. Those difficult, intense days will not be easy.

Hajjah Ruqya: So Muslims, the Muslim army will be in this Battle? It is not just the US-Russian armies, but the Muslim armies as well?.

Mawlana: The Muslim Army will come and United States will support them. American forces will join them. They will also support them. This is explained in Muhyiddin Ibn Arabi Hazret's (R.A) book in detail.

"Neither money, nor property will save people in these days. Only good deeds, charity, and true belief can save them”

Its a lie becouse in another book is written russians face with americans and win with muslims. Then russians say : the cruz has won. Muslims say : islam has won and start to kill each other. The story described here is this. America will be washed away as the land of tyrans and haram